Taylor's College Student Council (TCSC) serves as the representative body for Taylor’s College students; dealing with matters pertaining to student welfare, rights and representation, while also organizing and planning initiatives within the campus community to enhance campus vibrancy and promote integration among students. Recruitment for the TCSC occurs every Taylor’s College intake and elections are held twice annually.

Creating a Culture of WE

Taylor's College Student Council is a bridge between the students and management and we strive to serve you in delivering the best student experience ever.

From hosting events that spice up your campus life to listening to your needs to improve your welfare, TCSC will always be here to serve you to the best of our capabilities. We want to listen to your voice. Feel free to approach any one of us by walking up to us! TCSC urges you to voice out your feedback without fear when there is a need for improvement. 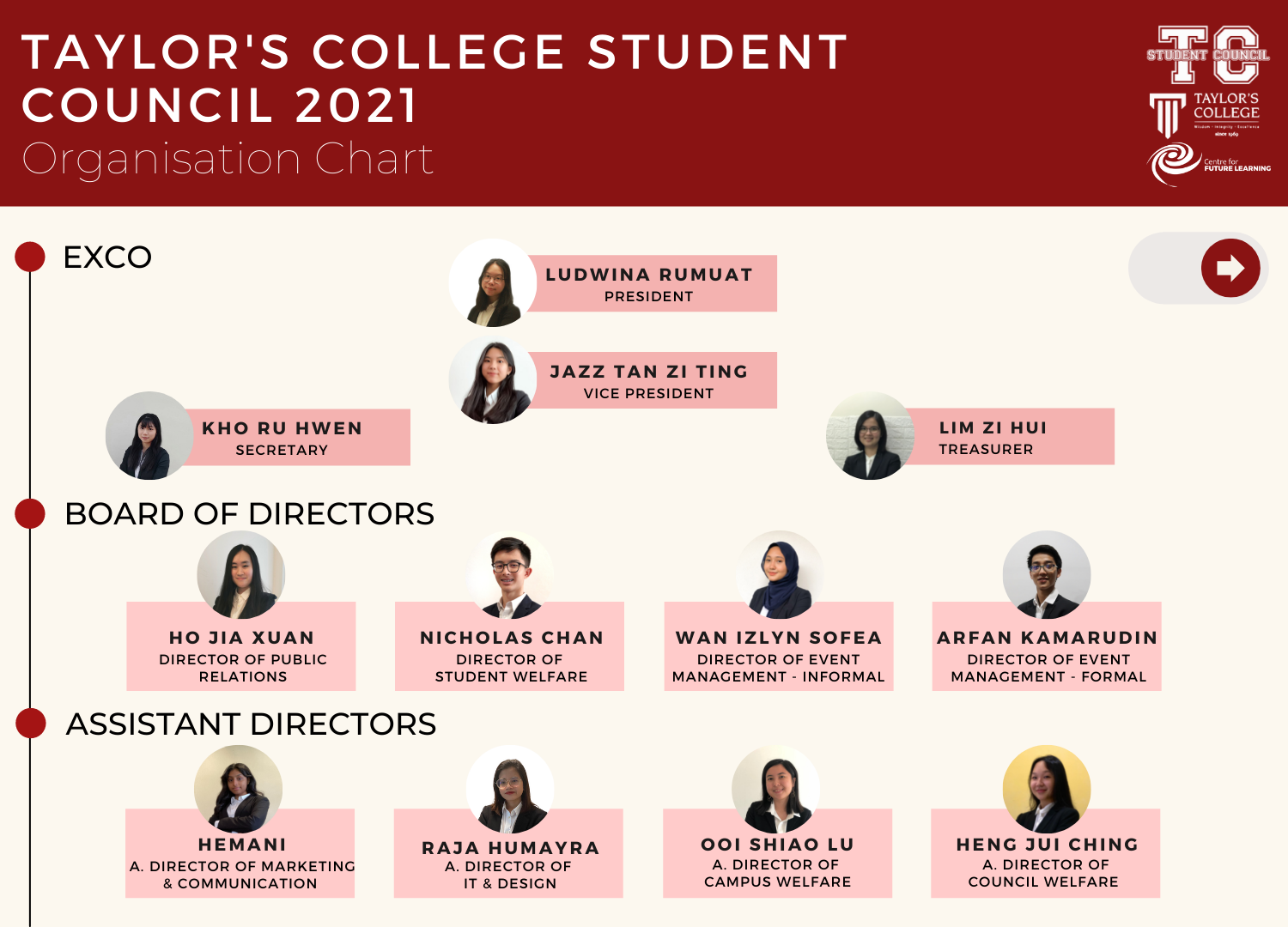 BATTLE OF THE BUILDERS

TCSC managed to keep the students entertained during the MCO by organising The Battle of the Builders, which is a Minecraft competition open to Minecraft enthusiasts who love to build! Participants were allowed to build anything they wanted according to their own creativity, surrounding the theme of “Taylor's”. Through some criteria judged by the council members, and then a public voting process, the winner and the runner-ups chosen stood a chance to win RM50 and RM25 grab credits respectively.

To kick off the event, TCSC posted a beautiful sample video of how the Minecraft build submission should look like. Made by our own TCSC member along with his friends, the video showed the one and only Taylor’s University Lakeside Campus in the world of Minecraft, which garnered over 4,000 views!

The competition spanned over 14 days, allowing students to have time to come up with their own version of Taylor’s. Starting on the 9th of May, and submissions on the 18th to the 22nd, TCSC is proud to say that they have received phenomenal Minecraft builds from Taylorians!

After shortlisting the 4 finalists, the videos submitted by each of them were posted for the public to watch and vote on their instagram page. The 3 winners were announced after a round of intense voting which gathered over hundreds of votes.

Watch the videos of the creative Minecraft builds by our own Taylorians at TCSC’s Instagram on IGTV! 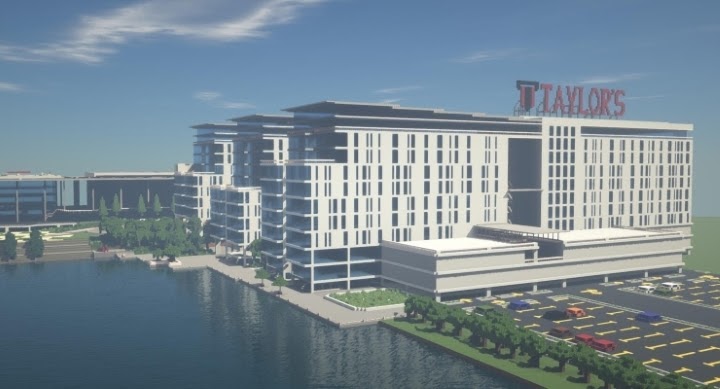 TCSC organised a free entry movie event to allow students to take a break from their stressed and hectic lives. The movie event, featuring the crowd favourite of High School Musical (as voted by students through Instagram polls), was held in the Experimental Theatre from 5pm to 7pm. To replicate the charming ambience of a cinema, the theatre was decorated with a myriad of multi colored quilts, soft toys and fairy lights.

As a result, many participants claimed to enjoy the nostalgic setting while enjoying the movie. Drinks and snacks were also sold, and the profit was donated to the Mental Health Awareness Association of Malaysia. Additionally, 5 sets of popcorn and drinks were also given out for free to participants who were specially chosen in a giveaway held on Instagram. The participants were allowed to choose their drink and popcorn flavor of their choice.

Out of the total number of participants who filled up a survey regarding their satisfaction of the event, 75% rated the event a 5/5; 25% rated it a 4/5, making the event a great success! 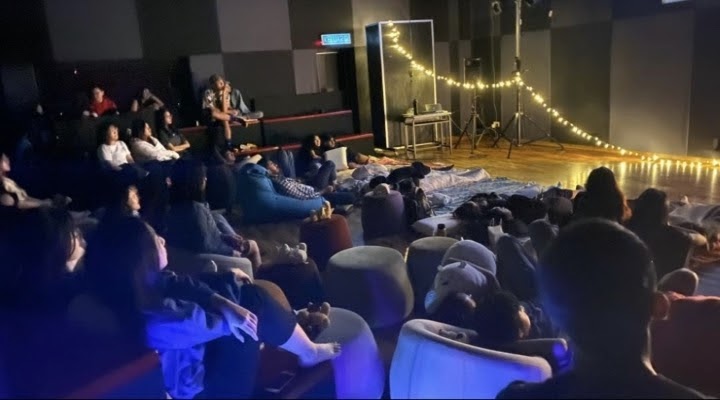 Secret Cupid was held from 10th to 14th February 2020 as a Valentine’s Special in conjunction with Spiritastic Week. Taylorians got a chance to send flowers, plushies, chocolates, balloons and a personalized handwritten card to their friends or partners!

The identity of the giver can remain anonymous or non anonymous based on their preferences. Student council members personally delivered the gifts dressed as a ‘cupid’ to the receivers after students chose the exact location, time and date between 13th-14th February for the delivery services.

This event was a great success with more than 200 packages sold in less than 2 days. Taylorians enjoyed Secret Cupid thoroughly as they got to express their love and watch the reactions of their friends receiving their gifts from their cupids in the middle of classes.TCSC will continue to make memorable events like this to brighten up Taylorian’s college life. 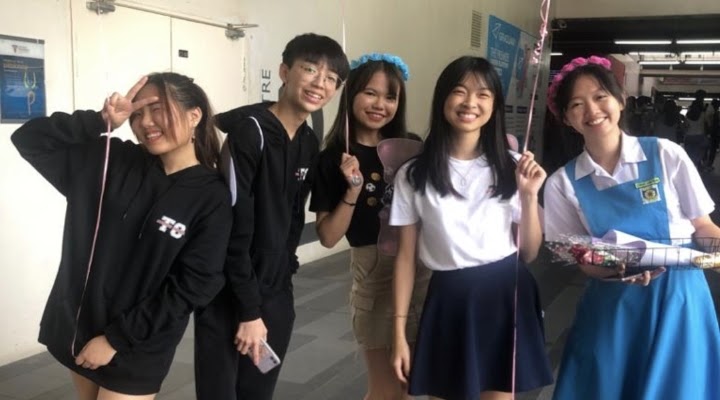 BE A PART OF US 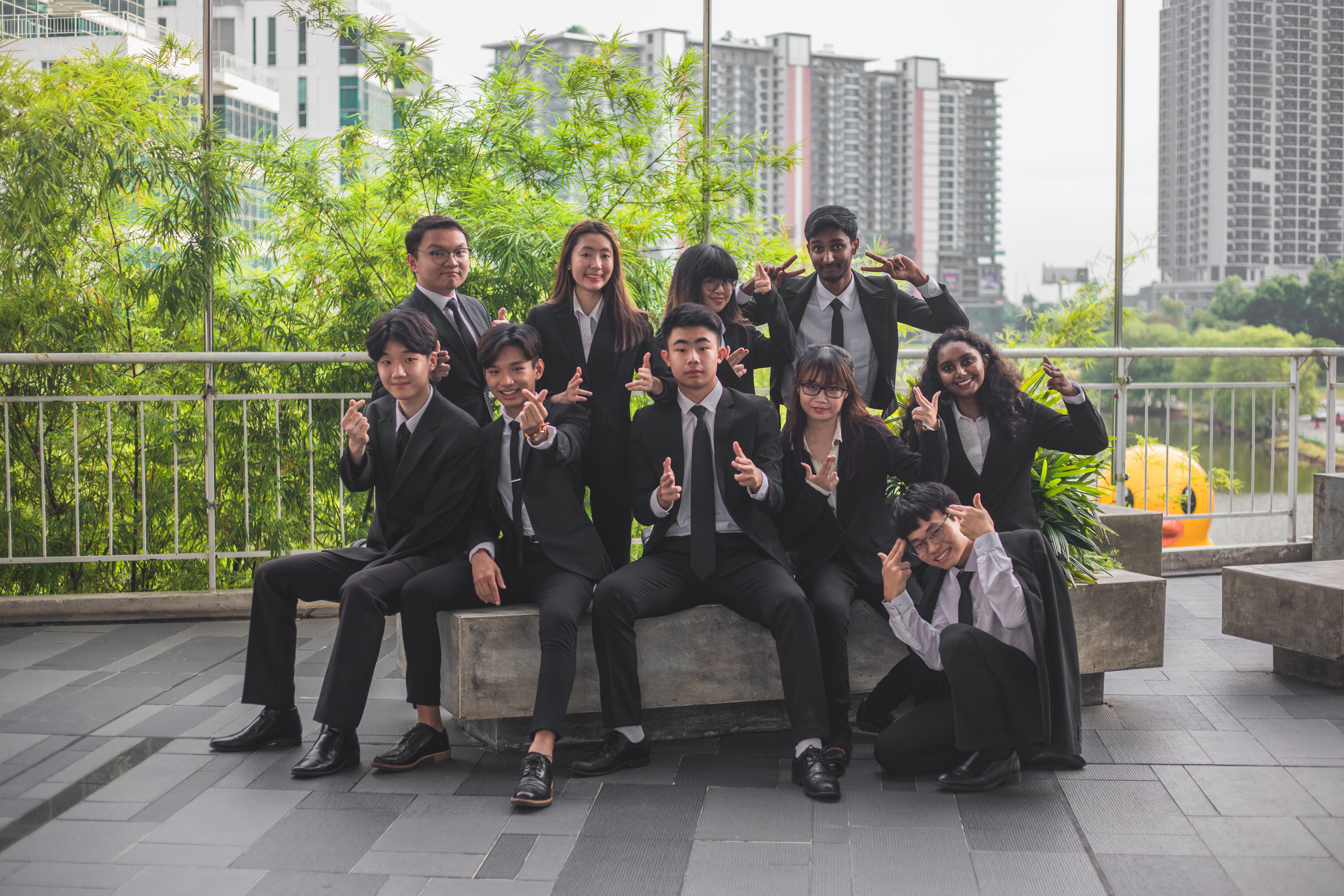 WONDERING HOW YOU CAN BE PART OF OUR AWESOME TEAM?

GUIDE TO JOIN US 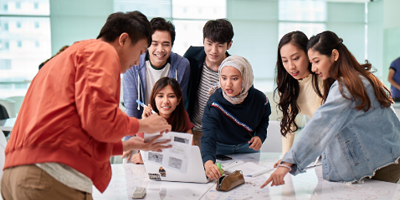 Get ready for an E-Orientation prepared by seniors with a lineup of engagement activities to help you navigate Taylor’s for the best first-year experience! 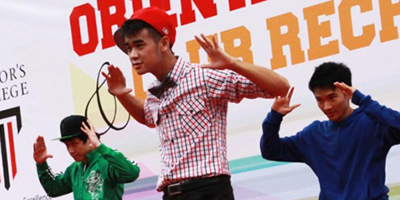 Organised by students, Taylor’s Clubs & Societies cater for many interests and enhances college experience with fun activities and events. 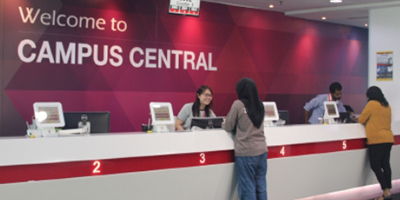 Taylor’s College Campus Central is a one-stop student centre for all student services related to both academic and non-academic matters.