Today calls for a very important conversation on… Racism.

Everyone is familiar with this downright discriminatory concept because of how prevalent it still is in today’s society. This year itself saw a rise in heavily racist activity, be it the tragic death of the late George Floyd in the hands of negligent police officers or the targeted violence against east-Asians in light of the pandemic. 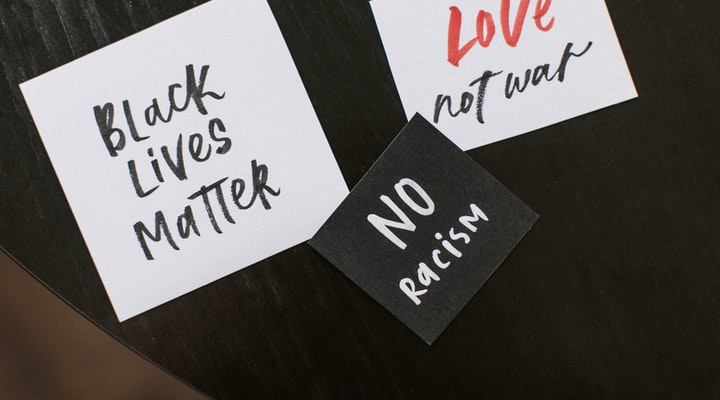 Even Malaysia saw its fair share of controversy recently when actress Mira Filzah was subjected to racial slurs and hate comments after sporting an Indian lehenga for an ad campaign. The takeaway is that racism exists globally, stretching from all corners of the world.

What we’re going to understand today is why racial prejudice still exists in our society and how to effectively deconstruct it from our psyches. And as usual, in order to delve into this complex paradigm, we have to understand what defines racism exactly. If we’re going by the book, according to Merriam-Webster, racism is ‘a belief that race is the primary determinant of human traits and capacities and that racial differences produce an inherent superiority of a particular race’. But as we further delve into today’s topic, we will understand that racism is an issue that transcends far beyond ‘feeling superior to another race’.

Racism is an umbrella term for fellow discriminatory expressions that follow under it. One of them being xenophobia, a word used to describe ‘a fear and hatred of strangers or foreigners or of anything that is strange or foreign’. Xenophobia is often confused with the likes of racism yet these terms are very closely related in areas of discrimination against minorities. 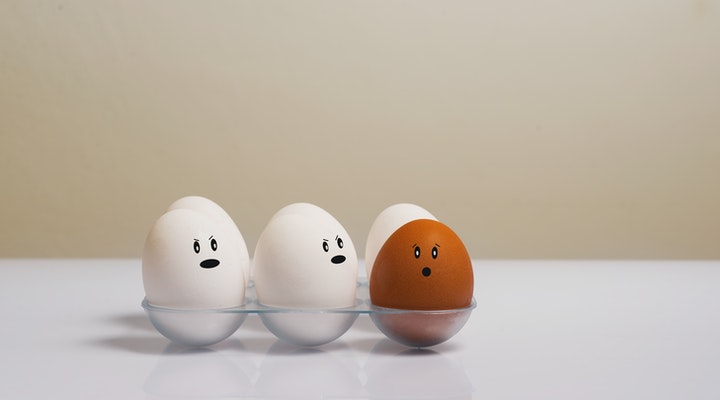 Another expression that falls under the umbrella are microaggressions, which are ‘comments or actions that subtly and unintentionally express a prejudiced attitude towards a member of a marginalized group (such as a racial minority)’. An example of microaggression would be a comment like “you’re quite pretty… for a dark-skinned girl” or “you don’t sound very ghetto”. Microaggressions are derogatory, insensitive, and very condescending. Yet they are so common in our society.

Can I still be racist without meaning to?

Yes, believe it or not. What’s important to understand is that you may not fit the ‘poster-child’ definition of a racist per se, but that doesn’t mean you won’t unconsciously behave or think in a racist manner.

The dictionary definition isn’t applicable to this conversation because racism cannot be summarised in a two-sentence structure as it doesn’t nearly touch on what makes an individual or a society racist. 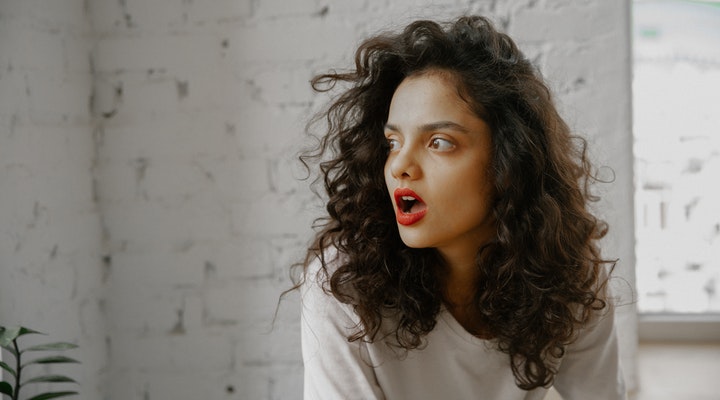 Racism comes in many forms, be it interpersonal, internalised, or systemic, which we’ll explain below:

This is the type most people are familiar with. It’s racism that occurs between individuals where explicit derogatories or negative attitudes are inflicted onto another person. Typically, this can range from verbal attacks and microaggressions to cyberbullying.

Internalised Racism is a slightly less acknowledged view of racism because it exists within individuals. This type of racism is emitted more towards your ethnic or cultural background wherein you reject or deny any cultural attributes to your life. This can also relate to the Stereotype Threat, which is a fear of doing anything that may confirm a negative stereotype. For instance, an Asian living in a predominantly white community may shed off or whitewash themselves out of shame of being racially stereotyped.

Now, due to recent events, you probably would have come across this word frequently. Systemic racism is racist ideals embedded in our institutions, policies and practices. It’s not limited to an individual but, rather, is upheld by powerful figures over the years. For instance, if a monarch or an influential politician were to appeal for laws or policies that favoured an ethnic group over the other, it would create a stark line of inequality that lingers between the coexisting groups. Similarly, any figure with an authoritative position can also exercise a chain reaction of hate against a minority group which can linger for years and cement itself into ‘the system’. Hence, this becomes systemic racism.

Through this, we can understand that racism is more than just daily hate-speeches or verbal attacks, as we are reaping the conflict and disparity that has been sown for decades.

But change will always prevail if action is taken properly.

How do I respond to racist tendencies?

We all carry prejudices, be it consciously or unconsciously, but we also have the tools to curb them. Remember, we are NOT born racist. Racism can stem from anywhere —  perhaps rooted in our upbringing, ingrained in our education systems, or even lurking in social conversations. Just as how it has been instilled in our day-to-day lives, it can just as well be eliminated over time. 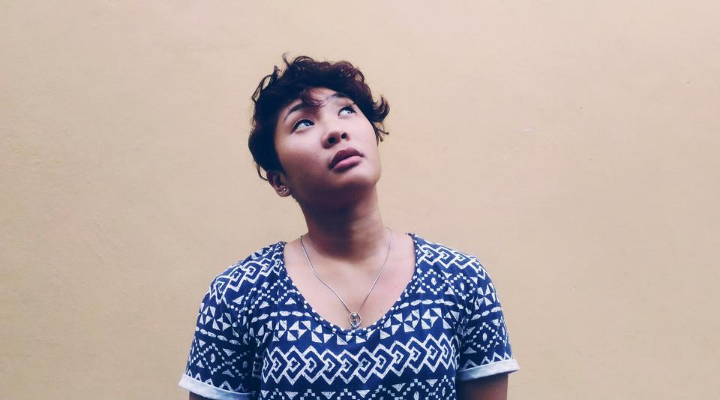 No, we don’t mean memorising the dictionary definition of racism. Rather, we urge you to understand the different types of racism that exist and question if they are applicable to your life. Put some conscious effort into recognising microaggressions we unconsciously hone. Be it in your everyday thoughts or even in the middle of social conversations, choose your words carefully and wisely. Always maintain a stance of fairness and inclusivity.

This definitely takes on a more confrontational role but racism cannot be curbed when you don’t address racist tendencies of others. If your friends use racial slurs like the n-word or perhaps more Malaysian derogatories like k*ling or ch*nk or s*kai (we could go on and on) - ALWAYS call them out on it. Remember, you don’t lose anything by educating a friend and also uplifting a marginalised group. And this applies to yourself too! If someone calls you out for being racist or exhibiting racist tendencies, don’t dwell in denial or put up a defensive front. Take the lesson as to how you would want someone else to take yours.

(That being said, cyberbullying and harassment are uncalled for in any circumstance. We are trying to bring awareness, not add fuel to the fire of hate)

Curbing racism doesn’t stop at your friends and family, it should extend far beyond that. According to Vulcan Post, some of the marginalised groups that we should channel our fighting spirit for in Malaysia are the Orang Asli, the Rohingya refugees, Indonesian workers, Bangladeshi workers, and Malaysian Indians. These marginalised groups have faced the brunt of discrimination all too well and just as well deserve the respect as everyone else coexisting here.

After all, practising xenophobic bias against marginalised groups does fall under the umbrella of racism even if it is unintentionally done.

Deconstruct notions or stereotypes that suggest any negative connotations to any race. Don’t be that person who chimes in with snide and hurtful remarks. Aside from being incredibly racist, most ‘jokes’ are overused, cheap, and frankly, pathetic statements to make.

Your social circle speaks a lot about you. Surround yourself with people who exhibit racially-inclusive attitudes and try not to stick within your ethnic cliques. Branch yourselves out there and revel in the diversity that this country so abundantly offers. Moreover, don’t dismiss the problems faced by others because you don’t see it but rather educate yourself on it.

Your experiences don’t mirror the experiences of the marginalised. Steer clear of statements like “I don’t see colour or race” (classic microaggression example!) because not only do they sound incredibly tone-deaf and performative but also invalidate the struggle faced by people of colour for years on end. As we haven’t yet achieved the semblance of equality in this society, don’t deny or dismiss the existence of racial discrimination but, rather, acknowledge the history and pave a path for change.

It’s not enough to be ‘not racist’ anymore, it’s time to be anti-racist. We need to bridge the disparity gap between races rather than sweep it under the carpet and deny its existence.

After all, race classification is a byproduct of colonisation, used by Western imperialists to segregate people based on geographic zones and skin colour. And in this era, we now use racial classifications as a stick to beat other ethnic groups and spite inequality in the community. 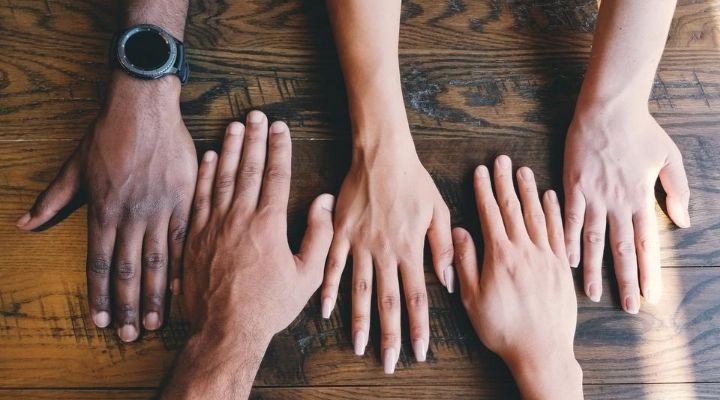 Fitting with the spirit of the upcoming National Day, it’s essential to practice racial harmony in a country so rich with culture, history, and unique ethnicities. We’re no longer living in the colonial age (63 years independent to be exact!) and so let’s consciously try to deprogramme the racist mindsets still ingrained in our society. This National Day, make a stand to better yourself and others so we can present our country with pride.

Karen Grace Prince is currently pursuing a Bachelor's Degree in Mass Communication (Honours). She is also the Director of Events Committee for the Taylor's Model United Nations Club (TLMUN) and Director of Ext. Operations for TLMUN 2020 Conference Secretariat Team. 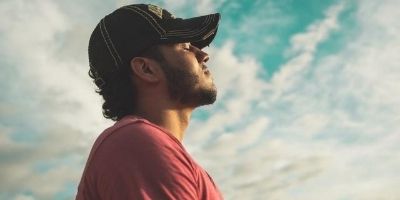 How to Cope With Trolls on the Internet

Now that everyone can go viral online, it’s necessary to learn how to deal with hate and negative comments. Here’s what you can do. 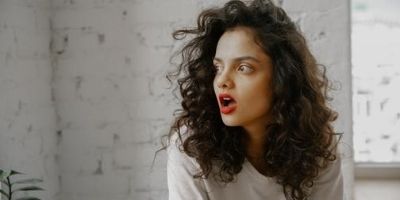 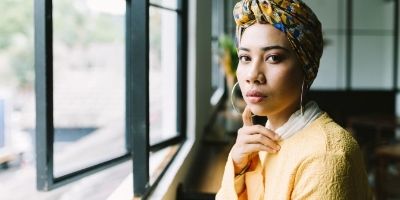 Want to Be More Confident? Here Are 6 Tips to Believe in Yourself

Everyone has their moments of self-doubt and overcoming it may be a little tricky, but not impossible. Our Taylorian, Zernaish Junaid writes 6 ways to boost your confidence!