Racism And Inequality: Why Are Malaysians Selective With Their Support

Trigger Warning! This article includes mentions of acts of racism and violence. Please read at your own discretion.

From police brutality and deaths in police custody to the plight of the Rohingya refugees, there’s a deafening silence when it comes to local support. Why is that so? Taylorian Hana Marissa writes.

Well, I’m sure everyone knows what a ‘trend’ is in the social media context. It’s often used to convey shared interest among a group of people about the latest pop culture phenomenon. Other times though, it can be a powerful tool to bring awareness and spark deep conversations about a prevailing issue in the community like the ‘Black Lives Matter’ (BLM) and ‘#StopAsianHate’ movements. 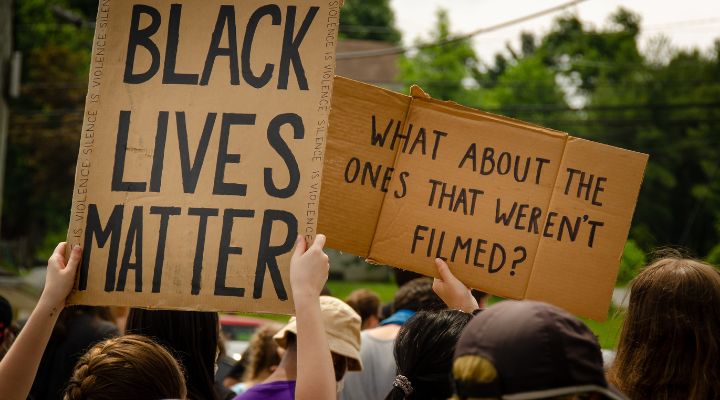 In 2020, the BLM movement had garnered massive international attention after the murder of George Floyd by white policeman, Derek Chauvin. This heartless act was filmed on a smartphone by witnesses at the scene, exposing the true extent of racially-charged violence and mistreatment against Black people in the US. It’s important to note that this isn’t an isolated case; they’ve been the focus of racial discrimination, police brutality, and unprovoked violence for far too long. In the same year, Breonna Taylor was shot in her home during a botched police raid, despite being unarmed.

If anything, George’s case just makes the quotes “racism isn’t getting worse, it’s just getting filmed” and “what about the ones that weren’t filmed?” even more chilling to the bone. Does something need to be documented for it to be considered a serious issue? 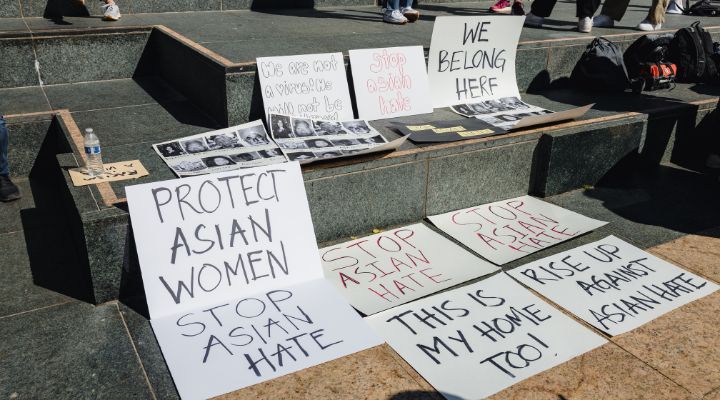 On the other hand, #StopAsianHate is a movement to bring awareness towards anti-Asian racism in the US and to stop the increased violence towards Asians during the pandemic. A 19-year-old Chinese-American teen, Christian Hall, was shot at his home by troopers despite standing still and in a surrendering pose. In another case, an 84-year-old Thai man, Vichar Ratanapakdee, was just walking down the streets when a man violently shoved him to the ground. He never woke up. The Asian American Bar Association of New York has even found that in 2020, the number of reported anti-Asian hate crimes in New York increased by an eightfold compared to 2019.

Thankfully, people around the world had stepped up to show their support through protests and social media postings, including Malaysians. People had actually taken the time to read up on the matter and educate themselves. Although this is a step in the right direction, I hope people realise that these movements are so much more than just a ‘trend’. People have lost actual jobs, homes, education, families, freedom, and most importantly, their own lives just because of their skin colour and racial profiles.

PS: Do you want to protect the rights of the people through legal means? A Foundation in Arts and a Bachelor of Laws will take you there.

What Is Selective Solidarity?

Solidarity exists when a group of people show support for each other or for another group, especially in political or international affairs. This could be seen when people from around the world came together to support the BLM and #StopAsianHate movements. However, did you know that there is selective solidarity? This is when a person only shows support for a specific group of people.

To put it into perspective, some sources have criticised Malaysians who’d supported the BLM movement yet remain unaware or don’t apply the same energy to similar cases happening within our country and its people. Just to be clear, the BLM  and the #StopAsianHate movement truly deserves to be recognised globally, but I think Malaysians should also be more active in voicing out racism and injustices happening within Malaysia itself.

There was a nationwide uproar when the case of A Ganapathy came to light, as he sustained severe injuries while he was detained and had to be brought to the hospital, where he passed away. Since supposed witnesses had claimed that Ganapathy’s death was due to police brutality in Malaysia, it sparked conversations of whether his abuse was racially-charged. Yes, unfortunately, this isn’t the first time that this has happened.

Last year, within the span of less than three months, six ethnic Indian men were declared dead while in police detention. In fact, statistics show that between 2002 and 2016, around 60 ethnic Indians had died while being in Malaysian police custody. Additionally, in this year alone, there have been 16 reported cases of deaths in custody. Although it’s good that Ganapathy’s case has  initiated a lot of debates, what about S. Mahendran, who was assaulted, tasered, and had his private parts rubbed with chilli paste by policemen? What about S. Sivabalan, who died about 70 minutes after he was arrested?

Most of the time, the reasoning behind these deaths aren’t even disclosed to the public or the victims’ families, making it very difficult for them to seek accountability and justice. Even if it was stated, there’ve been inconsistencies between official reports. Where was the solidarity when these men were being subjected to inhumane and ambiguous acts?

Death Penalty that Punishes the Marginalised

More recently, the latest case of Nagaenthran K. Dharmalingam (Malaysian) had been the centre of attention. He was executed in Singapore in April 2022 for drug trafficking charges after more than a decade of solitary confinement and trials. The verdict received a lot of criticism and protests, especially since the death penalty has never been proven to be more effective than life imprisonment in reducing crime rates. He was also considered to be intellectually-challenged, so it may be possible he was coerced into that job to support his family.

The question then begs, did he really deserve to be isolated for years and to be sent to the gallows? How many more replaceable pawns have to be sacrificed before it’s enough? Shouldn’t we direct more efforts into stubbing the root of the problem itself? Does he not deserve another chance? Despite all of this, I can’t help but notice that there isn’t as much attention around the case of Datchinamurthy Kataiah, who’s currently charged for a similar crime and given the same sentence. Where’s all the support from before gone?

This is where solidarity should come in. If more people are calling out the injustices happening in our system, the more likely it is for change to happen and gain nationwide attention. If not, this cycle of violence and power abuse will never end. 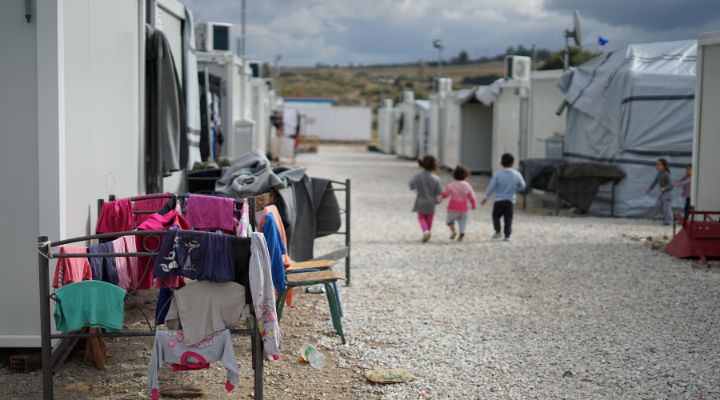 Moving on, I think it’s especially hypocritical that many Malaysians had shown their support for Ukrainians who’d to be displaced from their homes due to the Russia-Ukraine war and yet many remain hostile towards the Rohingya refugees in Malaysia. Why are we turning away refugees and exhibiting anti-immigrant behaviour?

Reports claimed that Rohingya refugees are now being perceived as a social, economic, and security threat in Malaysia, especially since resources are being stretched thin during the ongoing pandemic. Local citizens are concerned that the workforce is being overrun by foreigners like the Rohingyas, especially since job opportunities are declining during the pandemic.

It doesn’t help that they’re also considered to be cheaper labour for the country.

There’ve also been complaints of the Rohingyas operating businesses without proper licences and illegally using government land for their benefit. In terms of security threats, they’re perceived as easy targets for extremist radicalisation and locals are also worried that the Rohingyas would start demanding the same rights as Malaysians, fueled by the false news that an activist from the community had demanded to be granted citizenship.

At the end of the day, why are we generalising a group based on the actions of some members? Are we forgetting that these people came to our shores on boats, fleeing for their lives? That they were victims of violence and merciless killings? Why can’t we try to understand that they’re just trying to survive with the means that they’re given? Did you know that in the Malaysian law, there’s no distinction between refugees and undocumented migrants? This deprives them of rights such as education, banking services, and even work. Palestinian refugees are also subjected to the same law by the way, yes, the same group of people we constantly show our support to.

From another perspective, why did the Russia-Ukraine war make more headlines than the wars and conflicts in Yemen, Libya, Iraq, Ethiopia, Palestine, and Syria? People have also been more sympathetic towards Ukrainians in comparison to the victims from other countries. Many have called out the media and the public for the double standards, portraying Ukrainians as more ‘civilised’ just because they look more ‘European’ in comparison to Yemenis, Palestinians, or even Rohingya refugees.

If we disagree with the devastating and violent nature of war, then we should show compassion to all victims of war. Not pick and choose who to support based on the colour of their skin and their eyes.

I think we can make the world better and more progressive by getting rid of toxic mentalities and the habit of stereotyping people. Everyone deserves the right to be treated equally regardless of your racial backgrounds and skin colours. Lastly, if you’d like to keep up with social issues both locally and internationally, I recommend checking out these pages: MISI: Solidariti, The Loud Asians, and Amnesty International.

Hana Marissa is currently pursuing a Bachelor of Business (Honours) Banking and Finance at Taylor's University. She is also Taylor’s World Class scholar under Maybank. 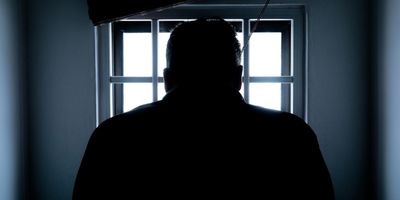 Should Society Give Ex-Offenders a Second Chance

Have you wondered why criminals deserve or don’t deserve a second chance? There are many arguments about it, let’s see what our Taylorian says. 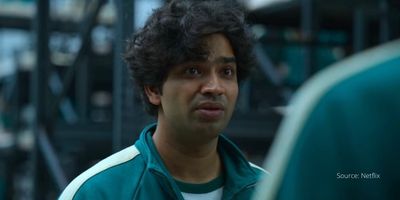 If you’ve watched Squid Game, you’d know about Ali. In this article, our Taylorian demonstrates the stereotypes that immigrants and migrants face.