Do We Live in a Gender-Balanced Society?

In conjunction with International Women's Day, we got up close and personal with our students on their thoughts about #BalanceforBetter. They shared their personal views on gender inequality and what we could do to become a more gender-balanced society. Here are their stories: 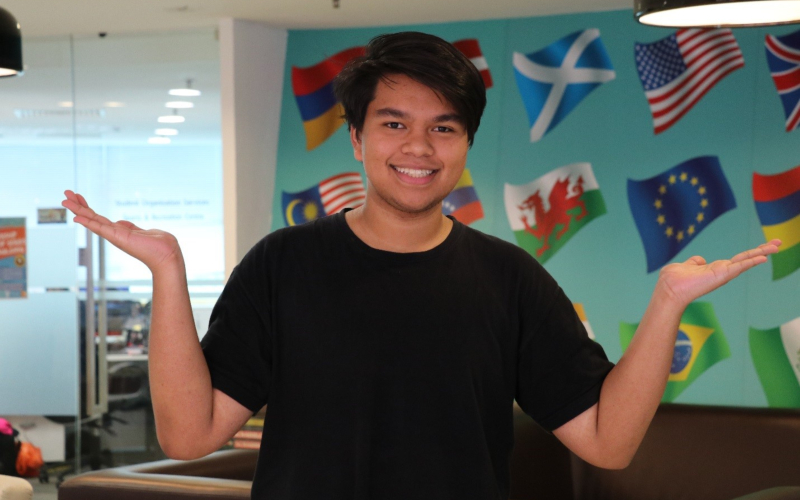 What is your view on the current status on gender balance in the society?

It doesn’t exist. I generally don’t think the Malaysian society is a gender balanced society because even if we see powerful men and women in the government, how we set our policies… if feels like women are empowered only to a point that makes men comfortable.

I think Malaysian’s conservative ideas are making strides in some aspects in gender balance. We do see a lot of influential female ministers but I feel like we are not really there because compared to the amount of female politicians that we have, there are very few compared to men that are in similar positions.


Have you been in a situation where you witnessed gender inequality when it comes to gender?

Yes, because I’m a guy, no one disadvantages me. In school where I was a prefect, when male students misbehave, it’s something socially acceptable. Whereas for female students who are held at such a high standard or regard, when they disobey the rules, it is viewed as something being incredibly flawed. They were disciplined more harshly. As a prefect, I could see how teachers reinforced discipline on the girls differently from guys and there’s a huge disparity in how they deal with the problem.

Do you see one gender enjoying social, political, cultural benefits or shared responsibilities over another gender? How so?

Men are enjoying it more. We do have a wage gap. It’s just that no one talks about it because we are an Asian culture. Talking about wage is something that is a taboo but for women…like, my mother is an accomplished lecturer in University Malaya. It’s obvious that she’s culturally ingrained, she doesn’t speak out about things even when I ask her. There’s a kind of abnormality or gap when it comes to men and women in terms of social responsibility. And it does seem like women are given the role of caregivers in addition to being breadwinners for their family.

Since you view our society to be gender unbalanced, what do you think could be done?

A lot of things. We have to be more open in discussing issues that are taboo, like disparity within the workforce and things like the hierarchical structure in our society. We need to be more open about how we deal with it, how we communicate our issues to achieve gender equality. I think gender balance dismantles structures that force people into certain roles especially when it comes to women and when we do that, we create a playing field that allows women and men to be on equal terms on an economic level, on a social level.

You have to treat men and women the same whether via equity, protecting their rights, or perhaps cater to women a bit more to create that equity because when we talk to Asian societies, we just have to dismantle the notion that men and women must be treated differently and in terms of roles.

What can you do to help push our society into a more gender society? 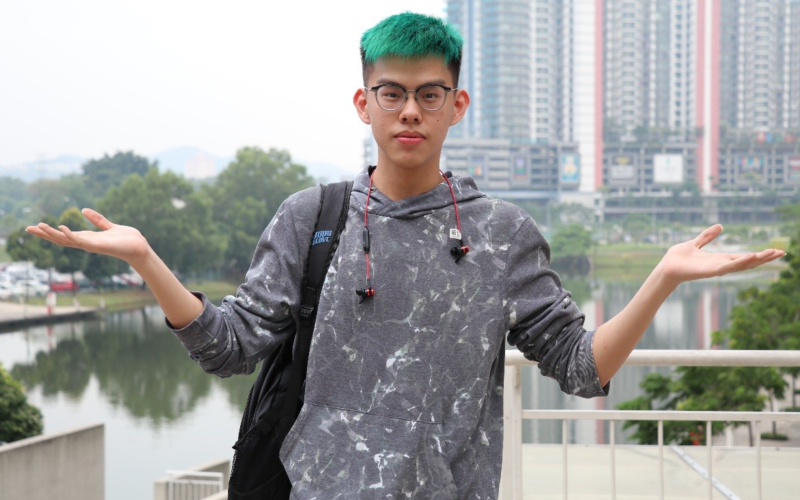 What is your view on the current status of gender balance in the society?

I think in the context of Malaysia and gender standards as a whole, there are still a lot of problems that we have to deal with like access to jobs and positions in bureaucratic priorities. I think all of these things where women are in a defranchised state still occur in Malaysia because of the culture that a lot of Malaysians have. So, in terms of what we need to fix, there’s still quite a long way to go.

What about you as a male? Do you feel there is gender inequality for men in the society?

Not really. Even though there is this whole issue about gender inequality for males as well, I don’t think it’s worse than how inequality has been for females. Things like the sexualisation of men, oftentimes women have it far worse and they are at much higher risk of getting raped, getting drugged or getting abducted. We don’t have to fear walking through dark alleys at night. We don’t have to fear someone walking behind us. I don’t think men have it worse off.

If you view our society still lacks in gender balance, what could be doneHave you been in a situation where you witnessed or experienced inequality when it comes to gender? For example, do you notice one gender enjoying political, economical, cultural benefits or shared responsibilities but not the other?

In Malaysia, not really. Shared responsibility, the movement of gender equality in Malaysia is taking one slow step at a time. But in terms of sharing the responsibility between men and women, I think the more proactive side of the movement has been very willing to share the burdens amongst one another. It’s also about the community that’s a bit more conservative and against more liberal policies that are causing most of the harm, so, no, I don’t think so.

I think, as a student where I stand now, all I really can do is speak more about it. Bring up active discussions in society. Bring up some discourse. If there’s anything that happens around me that relates to sexual inequalities, I’ll point it out, be very vocal about it rather than stand by the sidelines and watch people suffer. Very small things that if people just practiced, it can make a very big change because a big part of change has a relation to politics. To be heard, you have to have a voice in the first place. That is definitely one thing I could do to tackle discrimination. 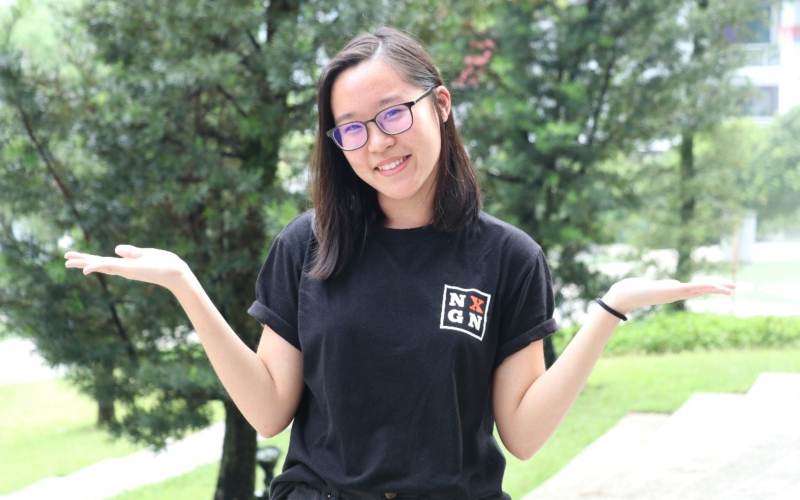 What is your view on the current status of gender balance in the society?

Let’s talk about education since we are in on campus right now. For education, I think it is pretty balanced between men and women in education right now, but there are certain people who think there is biases or that they are being marginalised.

For example, there are a disproportionate amount of men compared to women in Engineering but you also have to come to terms with the interest of women to discuss the skillsets that are needed to enter this field. Some women prefer different or more creative things compared to men. There are also women who prefer doing maths and calculations. I personally want to go into the Engineering field but I think that generally, men are more interested in this kind of subject. To take areas in education like this and use them as examples of gender bias, I don’t think that’s right.

A personal experience I had was when I was a candidate to become school captain in high school. The other candidates were mostly boys and I felt that this meant males were being favoured. I went to the interview thinking I won’t have a chance but after the interview, I realised that there was not much difference on how I was treated compared to other people.

There are going to be people who are biased but the majority are not, and this gives me hope that this situation is not going to be the norm. I believe in God and that God created men and women differently. It’s not that one is better than another. We complement each other.

If you view our society still lacks in gender balance, what could be done? 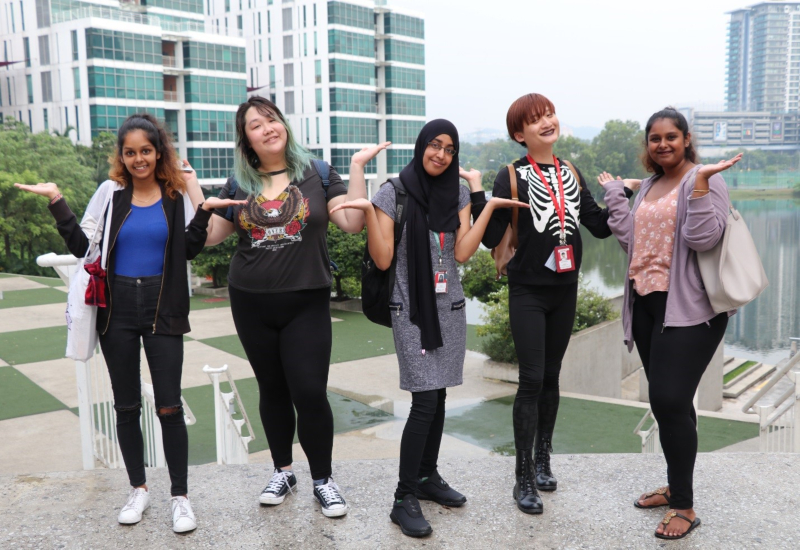 What is your view on the current status of gender balance in the society? Do we have equal rights between male and female?

It's not applied much even though they are educated, with men still mistreating women. Women are stereotyped into roles like housewife, mum… that they should let the men work when in fact women can also do whatever men could. Honestly, women should do whatever makes them happy. Like, if you want to become an architect, engineer or even a bus driver or whatever you want, that’s fine because you should believe in what makes you happy and that makes other people happy as well you know.

Do you see one gender enjoying social, political, cultural benefits or shared responsibilities over another gender? How so?

There are some changes but back then women cannot be president or anywhere near the government. But now in my country (Indonesia), there was also a women president. I enjoyed these kinds of changes because it really shows the power of women and women are more respected. With International Women's Day celebrated all over the world, men should be more respectful of women.

They should try and understand each other more. Be open-minded. Don’t force men into stereotypes, like men need to be strong, men cannot cry, cannot have feelings or cannot express their feelings like women. If change is for the better then be more aggressive if you want someone to change someone’s mindset, because educating people sometimes is not enough. You have to show it through action. Nobody's perfect so start respecting others and spread love.

What is your view on the current status of gender balance in the society? Do we have equal rights between male and female?

It's not equal, it's not balanced at all. Our society is very male-dominated. They get the upper hand in most situations.

Have you been in a situation where you witnessed gender inequality when it comes to gender?

I definitely have. It doesn’t just happen to me, it happens to all girls. In a situation where a girl gets raped, it's blamed on the girl as if she's asking for it. That already paints a picture of the kind of inequality that we often face. Also, in Indian culture especially, there is so much gender inequality. Families treasure their sons more because the son upholds the pride of the family and he is expected to take over the family name.

We need to show a united front to raise awareness on gender balance especially in the way we are raised to treat women. If parents raise their children to think that men are superior, then when they grow up they are going to think that women are always beneath them. 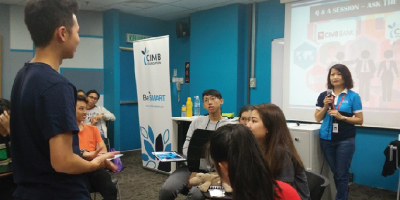 Learning Beyond the Classroom

“Learning Beyond the Classroom” reinforces Economic concepts by allowing students to make connections between theoretical concepts and the real-world. 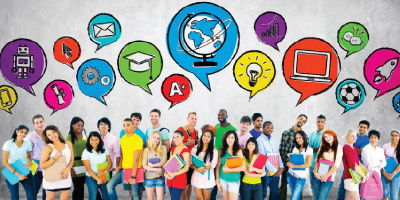 Now that you’ve settled down in your new college life, here are some tips to help you manage your newfound freedom and schedule. 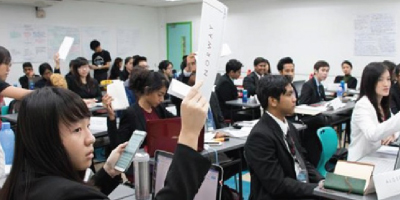 Students had the opportunity to break new ground with ideas to change the world as they gathered for Taylor’s College annual Model United Nations conference.