Beyond Games: Virtual Reality In Education, Entertainment, and More

You’ve probably heard of virtual reality many times in the past. But what actually is it? We break it down and tell you how VR is used to improve our lives!

When you think about virtual reality, what’s the first thing that pops up in your mind? I’ll bet you’d think virtual reality is only for gamers. But as technology advances, today, it’s way more than just a gaming feature. So what else does virtual reality encompass? Let’s dive in!

What is virtual reality and how it works?

Virtual Reality (VR) is the use of computer technology to provide a simulated experience which can be similar to or different from the real world, and it puts you in a three-dimensional (3D) environment, allowing you to interact with the world around you.

Despite the first head-mounted display system for the use of immersive simulation applications being created in 1968, VR soared to fame in the mid-2010s when technology became more accessible and when users began to appreciate the extraordinary virtual reality experience of graphics and animation. Today, there are over 171 million VR users worldwide, and the global VR market is worth $7.72 billion. In fact, by 2027, it’s anticipated that the global VR market will grow to $26.9 billion.

Virtual reality technology is now being used for many other purposes other than allowing you to create and immerse yourself in another world. It’s a vital tool in the development of many industries including education, healthcare, entertainment, as well as news and journalism. 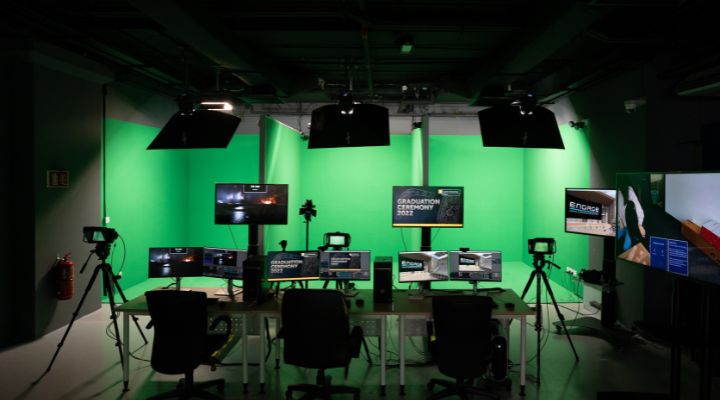 Yes, the future of education is here! With VR, education can be improved to provide students with a more immersive experience in their learning. We can also bridge the gap in distance between educators and students, allowing both you and your teachers to be in the same space digitally, through digital avatars of yourselves! Can’t make it to a physical class? No problem!

At Taylor’s VORTEX Extended Reality Lab, this has already begun through the XR Onboarding Programme (XROPE) with the different schools at Taylor’s, exposing educators and students to the use of XR technology. At Taylor’s University’s School of Education, VR is being used to simulate real-world classroom experience, providing students with a simulation of their practicum and allowing them to practise classroom management skills within a safe and secured setting before working with real students. This ultimately allows students to learn and make mistakes in a risk-free environment, not to mention, students and trainees can role-play anonymously too!

A work in progress, Taylor’s VORTEX is also looking at implementing VR and Extended reality into the teaching and learning modules for programmes such as Interactive Spatial Design, Architecture and Building Design, The Business School, and many others. 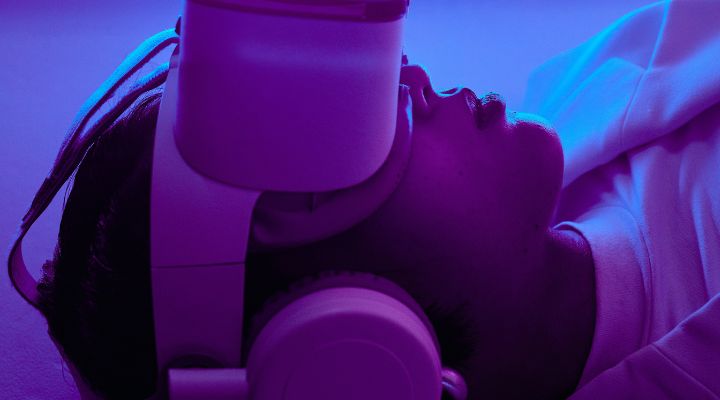 Mental illnesses have become an increasing problem today, as 19.86% of adults globally are suffering from mental illnesses, and one in four people will go through mental health problems at some point in their life. Due to the advance in technology, VR is currently being used to treat patients with poor mental health by creating simulations that cause psychological problems. This is possible as in the virtual world, you’ll tend to be more willing to face difficult situations than you are in the real world. Using virtual reality technology, we can encourage someone with a mental health issue to overcome problems and therefore treat mental illnesses such as anxiety and depression.

VR can also be used in the healthcare industry as pain relief by distracting the patient’s attention to help prevent the brain from receiving pain signals. Its functions make it similar to a form of active hypnosis. A study by pain researcher Beth Darnall at Stanford University reveals that there was a significant reduction in pain outcomes when the patients were treated using VR, as there were about 46% of those treated by VR had more than 50% reduction in pain. That’s a major relief! 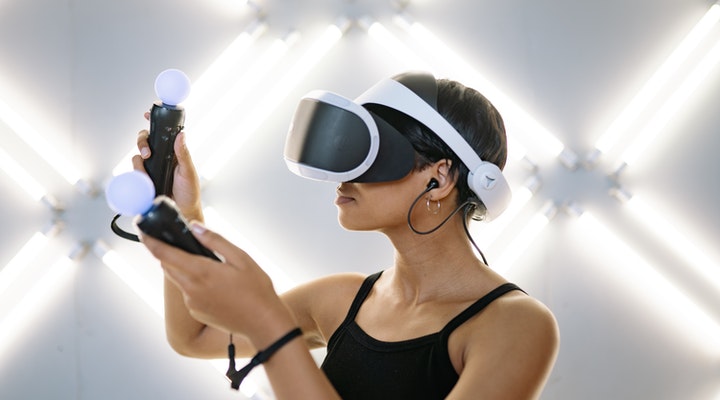 Virtual reality technology is a popular tech used in the entertainment industry besides gaming, with Walt Disney Studios launching their first VR app titled Disney Movies VR on Steam in 2016, which allows you to explore the majestic world of Disney. The Disney Movies VR mobile app offers many exciting features, where you can visit Disney-themed worlds, interact with your favourite Disney characters in the natural environments, watch a 360° red carpet premiere for Captain America: Civil War, as well as the 360° interview video with the cast of Cold Lairs.

Beyond just bringing media closer to us, VR is a game-changing method to enhance the user’s experience by making art more engaging. VR enables regular people to interact with exhibits, concerts, museums, galleries, and other cultural institutions in ways that were previously unheard of or prohibited. The ability to view 3D visuals makes them seem life-sized to the viewer, making the entertainment appear realistic but fun. In Mona Lisa: Beyond the Glass, HTC Vive teamed up with the Louvre Museum to create an up-close virtual reality experience, allowing you to feel what it’s like to be right next to the canvas. Just imagine being able to interact with da Vinci’s most popular art, Mona Lisa!

4. Virtual Reality in News and Journalism 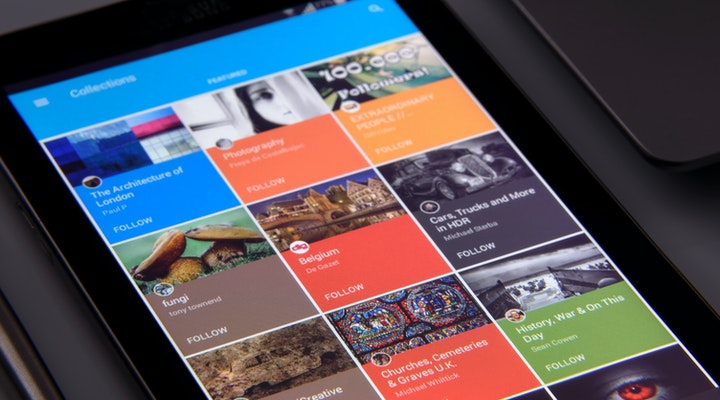 As social media outruns traditional media to convey news, VR acts a groundbreaking tool for the news industry to reach out and engage the lost audience. It’s no surprise that news media such as New York Times (NYT) and The Guardian have long begun using the power of VR to engage with audiences. NYT editor-in-chief, Jake Silverstein, emphasised that the purpose of implementing VR into the news and journalism industry was to create an emotional connection with people who live completely different lives, therefore allowing you to experience the story rather than just watching it.

This can be particularly useful in championing critical causes such as environmental issues and climate change — giving a more powerful impact and ultimately inducing action and change in policies. Among other journalistic storytelling and documentaries that prove VR to be essential include Hunger in Los Angeles, Traveling While Black, Greenland Melting, and many more.

Virtual reality technology has proven extremely useful in various industries on top of the ones mentioned above. And if you’ve yet to feel the virtual reality experience, now is the perfect time to do so! Taylor’s is currently encouraging the use of VR to enhance learning experiences and you can be the first to check them out through Taylor’s Future Movement.

You can also discover more about Taylor’s VR and other XR technologies available at VORTEX during the event. 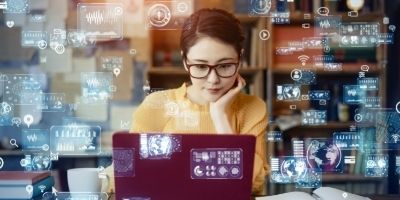 The pandemic may have accelerated e-Learning, but perhaps it was bound to happen. Read how the education industry may be like moving forward. 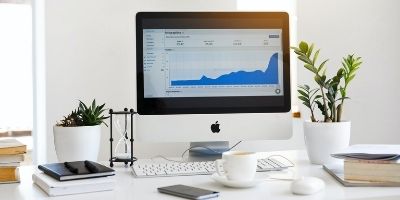 5 Business Ideas You Can Start Based on Your Interest

Need to make some extra cash on the side? If you’re up for a side hustle, here are some ideas on how you can make money and start a business online! 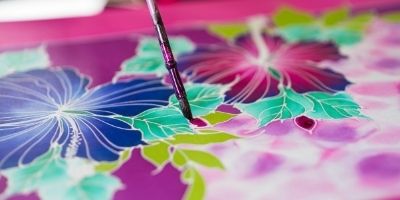 Malaysia’s creative industry is no doubt heavily affected by the pandemic. So how can the country revive its artistic soul?