A Teacher's Calling Beyond the Classroom

Josephine Serena, Editor
Do you know of a passionate educator in your life who goes beyond the classroom? Here’s your chance to submit their story and they may be the RISE Educator of the Year.

Read the inspiring story of Cikgu Nazmi and what made him the RISE Educator of the Year 2021.

“To the students, the school is the world to them. It’s a bridge for them to learn about the world. Whatever they know, it’s because of the dedicated teachers and wardens in the school.” — Cikgu Nazmi

In the rural area Lawas, Sarawak, where technological devices, WiFi, and even electricity are scarce, Muhammad Nazmi bin Rosli, better known as Cikgu Nazmi, 29, works day and night, night and day to bring his best works and teaching materials to impart knowledge to his students.

With no help from the internet, he uses whatever materials and scraps he could scour around the classroom and the school to create from scratch and show his students day-to-day items they’ve never seen before — yes, not even online.

That includes creating a giant rafflesia using a cushion seat from an abandoned truck, a washing machine cut out of cardboards, an aeroplane window made of a toilet seat cover, a swimming pool using trash bags, and many more objects.

“I’m supposed to teach them about rafflesia, which is supposed to be the biggest flower in the world. But how can I show them that it is indeed the biggest, from the tiny picture in the textbook?”

With the limited resources he has, Cikgu Nazmi is determined to utilise and repurpose things to aid his teaching. He credits his inspiration and creativity to the people around him including his lecturer in the past who showed him that creativity has no limits.

He recalled a piece of creative advice he received from his lecturer, “God created things around us not only with one purpose. There are a lot of things we can do with it, but it’s up to us to see beyond what’s in front of us.”

But this isn’t just about creating things for his students. It’s about having access and giving it to those without. To do that, he introduces the Danger Room teaching method, a concept he derived from X-Men, a show of which he’s a major fan. 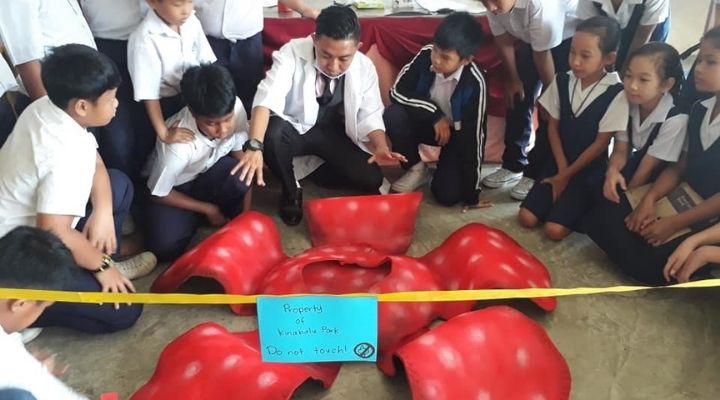 Cikgu Nazmi teaching his students about the rafflesia.

The Concept of Danger Room

“The mutants were discriminated against by the rest of the world. They were outcasts. But Professor Charles Xavier, aka Professor X, saw something in them and built a holographic simulation of the outside world for them and trained them with it.”

“I saw similarities between my students and the X-Men. They’re both disconnected from the outside world. They need someone to help unlock their potential. Since I’m unable to bring them out to the world, I decided to build it for them in the classroom instead.”

“They’ve not even been to the laundry shop. So, I made washing machines for them out of boxes. But besides just teaching them what’s required in the syllabus, I also teach them real-world applications like ethics in a laundry shop. And this isn’t something you can gain from the textbook.”

Despite all the additional materials he has to create, Cikgu Nazmi never saw them as a burden, but as his life purpose and duty, he was meant to fulfil.

“This is what we’re supposed to do. It’s not volunteer work. This is kewajipan (necessary). This is amanah (integrity). This is our job.”

But, being an educator doesn’t come without its challenges. As with many teachers and students in the world, the pandemic caused a major disruption in their learning. However, for Cikgu Nazmi, his fellow teachers, and admin (in his previous school in SK Long Sukang), they’d no online learning to fall back to. With the absence of WiFi and technology, they were all dumbfounded by the situation they were presented with. 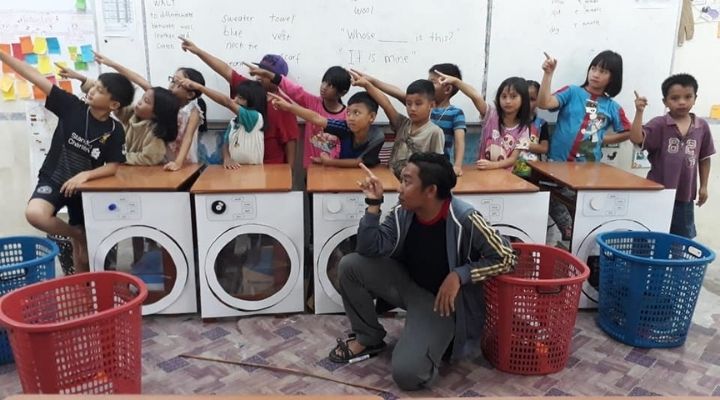 Cikgu Nazmi and his students with the washing machines built with cardboards.

“Everyone was talking about online learning. But no one talked about how to help the pedalaman (rural) schools. Yet there are many students in pedalaman in Malaysia. I’d students who finally managed to grasp the alphabet after 2 years. If I don’t continue my lessons, they’ll forget what they’ve learned. My efforts will go to waste. I couldn’t let this happen.”

“In the first week, we’d no idea what to do. No one was allowed to go in and out of the village except the driver of the food truck who was in charge of the food supplies. That’s when we’d an idea to utilise it to bring learning materials and deliver them to all the homes of 111 students. I’d sit at the back of the truck with the pumpkins, beans, and other vegetables to go in and out of the town.”

Little did Cikgu Nazmi realise the adventure that awaited them. Not only did they’ve to collect learning materials and get them printed, they’d to deliver 4 subjects worth of homework including instructions, notes, and worksheets to 111 students in 13 villages, without the help of proper navigation tools.

“The early moments are always the hardest. But it slowly gets easier later on. Only in the 4th week did we manage to find all 111 students. The parents themselves couldn’t believe that we found them.”

Cikgu Nazmi described all the difficulties in tracking the houses and some weren’t even on the map. They’d to rely on instincts and instructions from the locals which weren’t always accurate due to land changes. And yet, he didn’t lose hope and was touched that his students were equally eager to learn.

“To the students, the school is the world to them. It’s a bridge for them to learn about the world. Whatever they know, it’s because of the dedicated teachers and wardens in the school. When the school is closed, they don’t know what to do. So naturally, they ran towards us when they saw us delivering the materials.”

“We were monitored and our work was noticed by the Kementerian Pendidikan Malaysia (KPM). We didn’t even know we went viral on social media and many people were excited to help us. What we did was so impactful in Malaysia and it was even broadcasted in Indonesia and Iran.”

And that marked the first lockdown in 2020. Then, the second lockdown happened later that year. Cikgu Nazmi was prepared to do it all over again. But this time around, the villagers came together and told him there’s no need for him to travel anymore. They initiated ‘learning stations’ by setting up small booths in the villages for students to meet with the teachers and learn. 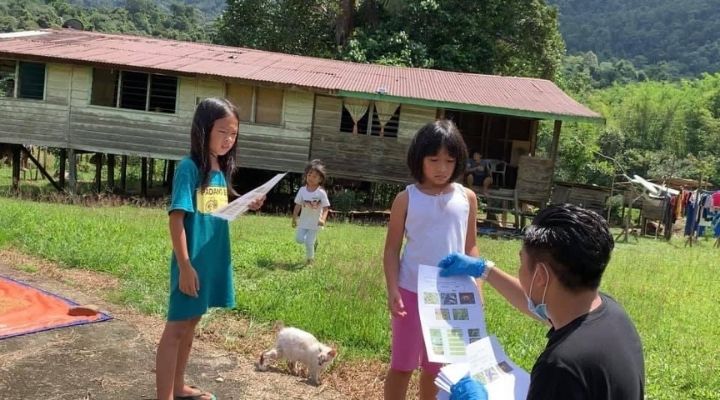 Cikgu Nazmi passing learning materials to his students during the lockdown.

“Later, we sent a report to KPM about what we did. Then, KPM introduced 3 learning modes; online, offline, and offsite. Offsite, which is working with the community, was directly inspired by what we did and was officially used by KPM and all the schools in Malaysia. We were very stunned to hear that.”

Besides recognition from KPM, the ‘Homework Delivery’ method was number 1 in SEAMEO, an international innovation competition, defeating 142 submissions from SEA countries in 2021. Cikgu Nazmi’s efforts and initiatives are also featured in the Malaysia Education Blueprint: The Journey (2013-2025).

To further prove Cikgu Nazmi’s steadfastness, according to him, the pandemic wasn’t the greatest challenge he encountered despite trudging through all of that.

When asked, he said, “It’s not even about the absence of electricity and tech because I’m used to it. But, they’re the discrimination that my students face because of where they come from.”

“There was once, we wanted to invite a public figure to motivate our UPSR candidates. And so, we worked very hard over 6 months to save up as they were quite costly. But, when he realised he’d to take a twin otter (a very small plane) to our area, he refused and even told us, ‘Why don’t you just watch my videos on YouTube?’ I was stunned. And then we found out that he went to another district instead.”

“Nobody cares about sekolah pedalaman. We don’t get enough sponsorships. At my friend’s school, they’d RM20,000 just for their Kelab Kebudayaan. In my school, our English Club only has RM30.”

Being shunned by outsiders is one thing. But imagine being rejected and given up by the very people who’re the closest to you and are supposed to enlighten you with knowledge. 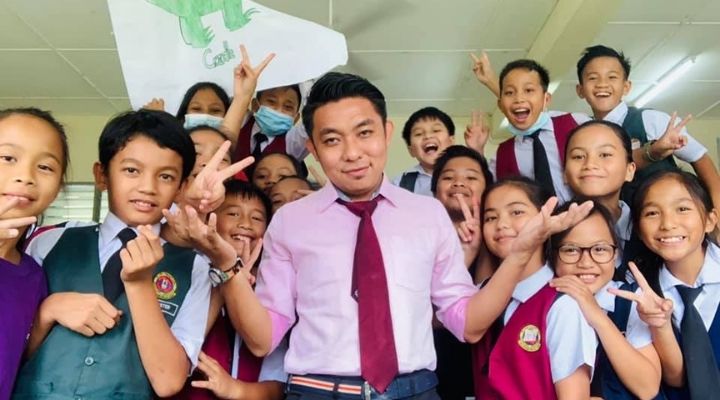 Cikgu Nazmi with his ex-students in SK Long Sukang.

“The biggest challenge is the discrimination that comes from the teachers. Some are demotivated because they’re unable to meet their loved ones and can only make a phone call once a month at the next nearest town. That’s understandable.”

“But, what happens when they’re not inspired to perform their duty is that they give up hope on the students and I’ve even heard one say, ‘What’s the point of painstakingly teaching them when they’re going to forget by noon.’ And yet they still refuse to leave because they get an allowance for teaching in a remote area and things are cheap here. They save a lot. But if these teachers keep coming, no one’s going to help the kids here.”

Hope for the Future

Hearing all of these, one wonders what continues to fuel Cikgu Nazmi’s passion for education. “People often ask me, ‘Cikgu Nazmi, you work till late all the time, but why are you never stressed?’ Well, I tell them that I’ve accepted what God’s given me and believe that God will never give us more than what we can handle. I’m also optimistic as you don’t know what opportunities will come. If you give up before it begins, you’ll never know what lies ahead.”

But the crux of it all according to him is that “I like what I do and I found my purpose. I’ve found people who appreciate my work and that’s what matters the most.”

Feeling almost dejected as he expresses his hope for the future, he asks that the education system provide a level field for his students from the beginning.

“I want the same platform for my students. Everyone should start from the same line. We want the same opportunities. But we were never the same. Your schools are more advanced, with science and computer labs — miles ahead of us.”

“We don’t want much. We just want the same opportunities. My kids are human too. My kids are the same as your kids. They want to have a good future like your kids too.” 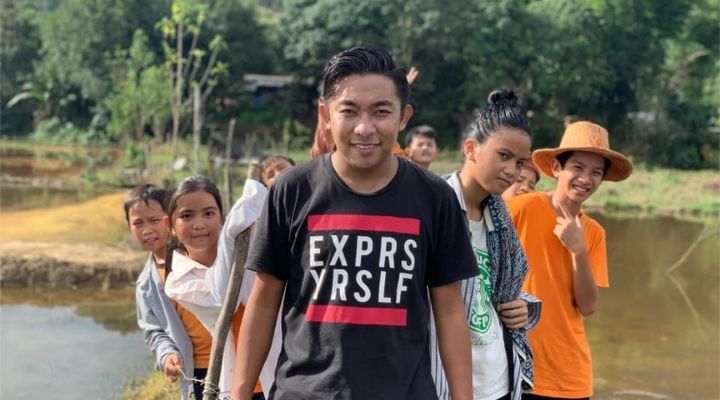 Cikgu Nazmi with his students.

With his dedication and passion for what he does, it’s not a surprise that Cikgu Nazmi became the RISE Educator of the Year in 2021. If you know of a teacher deserving of recognition, here’s a chance for you to submit their story today. 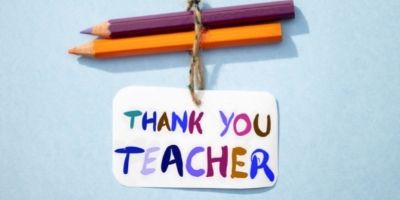 How do you appreciate your teachers? Our Taylor University’s lecturer shows her gratitude to her Cambridge A Level lecturer from Taylor's College here! 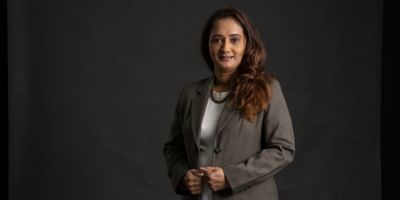 Unsure if ACCA is right for you? We’re here to bust some serious misconceptions about ACCA and life in accounting. 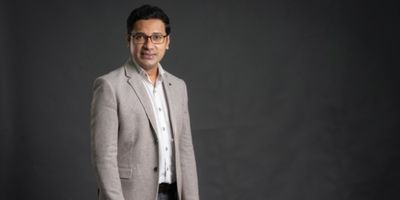 Lecturer Spotlight: A Glimpse Into the Media Industry With Justin Lopez