5 Movies You Should Watch to Keep You Inspired

Whenever we want to break free from our hectic lives, we curl in our favourite blanket with a tub of ice cream while watching a movie. And films are definitely a form of escapism for many of us who have been impacted by the emotional turmoil from this turbulent pandemic.

Although there’s a very comforting element to relatable coming-of-age romcoms, there are films that can surprise us. These films have a knack for making us feel invincible and ready to take on the world. They’re especially important in a time like this where motivation seems out of question. With that, I hope these personal picks of movies that constantly inspire me will do the same for you! 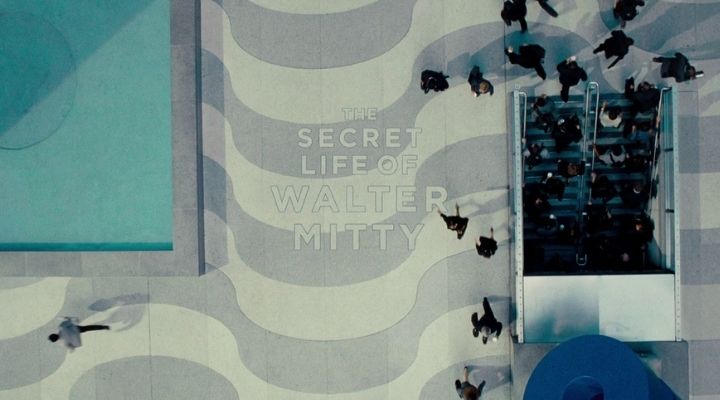 Ben Stiller stars as Walter Mitty, a man who would easily pass off as the character you would have written off — an ordinary man who leads an ordinary life and is perceived as ordinary. That is until he is faced with unexpected circumstances and is about to lose the job he is ever so passionate about. He finds a goal in life, which puts him in a string of adventurous situations by accident, transforming him into the man he always was. A unique individual, a wanderer, a dreamer, and an adventurer who fulfils his dreams and seeks the appreciation he deserves. However, the appreciation doesn’t come from anyone other than himself.

Some of us may struggle to find joy in our droning daily routines, whether it’s attending endless video classes or tirelessly working on our assignments round the clock without realising how we actually influence those around us with what we do. Some of us have lost hope in finding our special someone when the world is relentlessly unpredictable. Some of us may think our lives are basically over by a certain age, unknowingly realising that life has only just begun. If you aren’t happy with where you are now, this film will remind you that it’s never too late to start being the person you want to be. You just have to step out and take the risk! Remember that the world is your oyster and life is what you make of it! 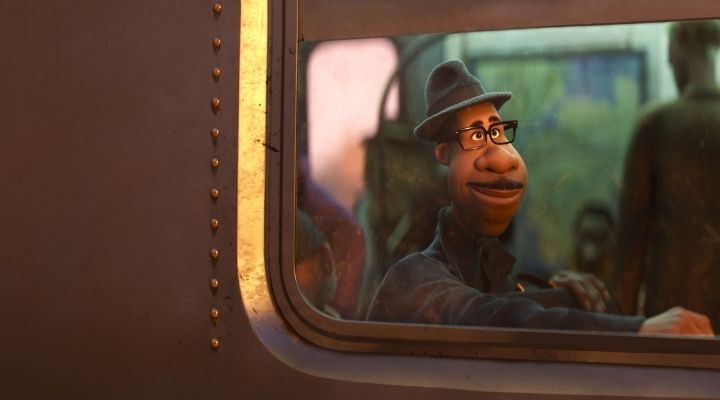 “I heard this story about a fish. He swims up to this older fish and says: ‘I’m trying to find this thing they call the ocean.’ ‘The ocean?’ Says the older fish, ‘that’s what you’re in right now.’ ‘This?’ Says the younger fish, ‘this is water. What I want is the ocean.”

Pixar’s ‘Soul’ follows Joe Gardner, a middle-aged school music teacher who longs to be a jazz pianist. After many efforts to show his musical talent to the world, the down-on-his-luck Joe Gardner finally gets a big break at a jazz club. However, as he prepares for the gig, his life is cut short and he is whisked into the afterlife where he contemplates his choices and regrets the life he mostly took for granted. In the afterlife, he finds himself having to mentor an unborn soul in order to get back to living.

‘Soul’ is an especially essential film to remind us that despite the uncertainties associated with the pandemic, with countless ambitions turned to mere wishes, life is not passing us by. It reminds us that life is more than just rushing from thing to thing but rather you should take time to enjoy where you’re at. We need to remember that passion isn’t all there is in life. It’s okay to stumble with your stacking class assignments and study hard on that test but always remember to step back once in a while and look at all that life has to offer right now because they’re not forever. Catch up with your family and friends and ask them how they’re doing. Spend time with your loved ones, even amidst the havoc of hustling for your future. It’s all the present moments, good or bad, big or small, that makes life worth living. 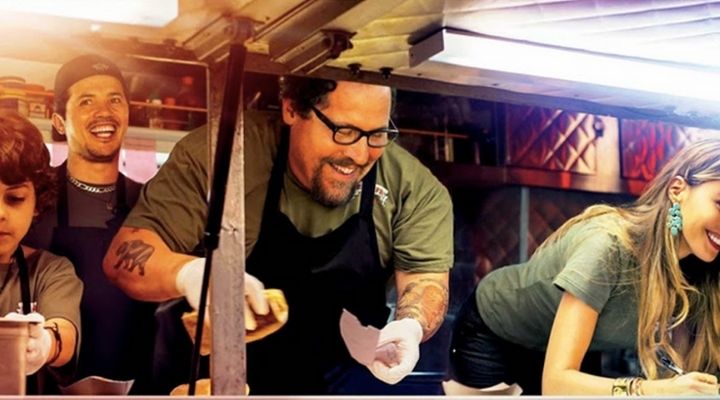 ‘Chef’ is an ineffable celebration of food, love, and friendship. However, besides the opportunity to ogle scrumptious Cuban delicacies, ‘Chef’ is, well, about a chef and his journey in finding himself.

When Carl is forced by his manager to serve an influential restaurant critic the same old tried-and-true menu instead of stretching beyond the expected and following his aspirations to serve a new innovative dish, it results in a scathing review that burns through Carl’s pride as a talent which led him into an unintended flamed Twitter war with the critic. Carl then takes a huge risky leap by quitting his job and starting fresh to achieve his unbridled ambitions as a chef and define his own path to success.

Sometimes, as students, we’re put in positions where we may not be happy with the work we have to do or the path in life we’re taking. And when we try to break past the social impediments to do what we love, it seems like the world is against us and constantly telling us that the safe route is always the best way to go. ‘Chef’ pushes us to get out of that comfort zone because only then will we be able to realise our true potential. ‘Chef’ also reminds us that success is not linear and that everyone has their own definition of success. Some may define success as working in a multinational corporation earning six figures while others may define it as simply doing what you love and being with your loved ones, or some may even define it as both. There’s no right or wrong answer to it. So, go for what your heart desires and stop letting others determine how you should succeed in life. 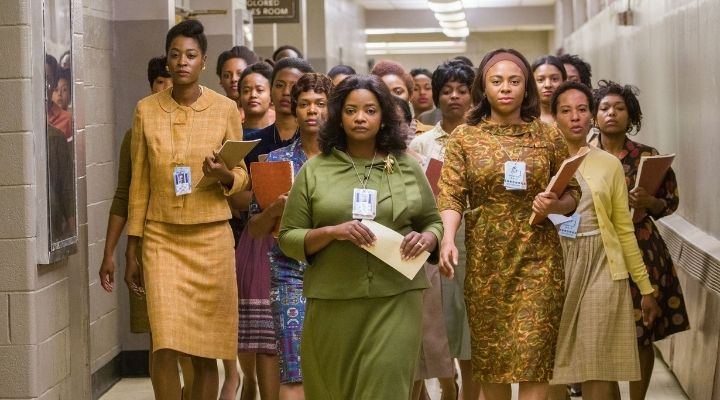 ‘Hidden Figures’ is a biographical drama that tells the incredible story of three female African-American mathematicians who played a pivotal role in astronaut John Glenn’s launch into orbit. Meanwhile, they also have to deal with racial and gender discrimination at work.

The actual figures that inspired this film, Mary Jackson, NASA’s first black female engineer, Katherine Johnson, the woman behind the success of Glenn’s orbital mission in 1962, and Dorothy Vaughan, the first black supervisor at the National Advisory Committee for Aeronautics (NACA), continue to inspire generations of women to come in breaking the glass ceiling with its gentle assertion that there’s nothing unusual nor odd about women being good at math.

This remarkable story provides an impactful message for women everywhere to keep fighting and to never give up on achieving your dreams, no matter how far-fetched they may seem. So, to my fellow girls, if you ever felt insecure about pursuing your dream career path and even doubting whether or not you can make it, this film will remind you of the independent boss lady you really are. You’re tough as nails and with determination and hard work, you’ll prove everyone who discourages you wrong. Who knows, like these hidden figures, you might just be able to make history. 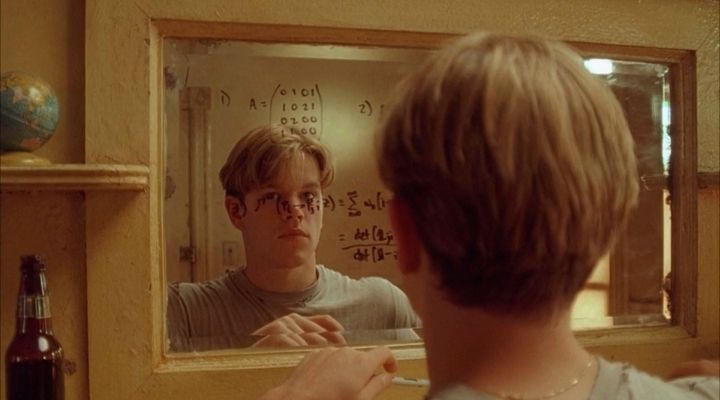 Besides boosting Matt Damon and Ben Affleck’s acting career, this film is rich with meaning and inspiration that’ll stay with you long after the credits roll. Will Hunting is a seemingly normal college-aged boy, who turns out to be a mathematical genius from a rough part of Boston. Being orphaned at a young age, he develops severe attachment issues. In his young adult years, he’s arrested and bailed out by an MIT professor who sees his gift. In order to get out of jail, Hunting is required to go for counselling. After trying several counsellors, he finally finds one unwilling to accept his reverse psychology techniques. This counsellor helps him discover his hidden potential and realise his gifts revolve around more than just his brain.

Many of us struggle to find our place in life, and that’s the case of Will Hunting, an incredibly brilliant young man from a humble background. The film highlights how it may seem hard (and maybe impossible) to work towards your dreams, but sometimes all we need is support and encouragement from others.  It’s always important to surround yourself with friends that’ll bring you up and constantly motivate you to be the best version of yourself. It’s also a great film that encourages you to find and embrace what you love and what matters to you. For it’s when you know and have that, that you can understand all the wonders you can contribute to the world.

Sometimes, life imitates art but often, art imitates life. On those days where you need an extra push to reach your goals, especially when we’re all cooped up in our homes all day, put on any of these films and you’ll find yourself ready to roll and hustle. You may just find that a simple thing like a film is just the much-needed energy and motivation boost you needed to keep grinding. 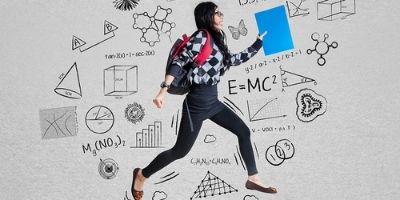 5-Step Recipe To Finding Your Passion

You're done with high school and ready to face the world! But what's this “passion” about and where can you find it? Here’s a recipe to finding it! 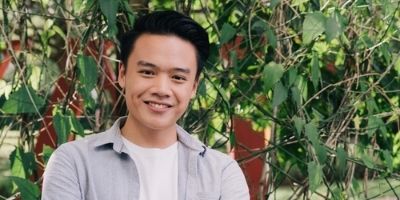 Here's How The Risers' Ambassador Turned His Hobby Into a Career

Ever wondered if you could turn your hobby into your career? Read about Rodric, The Risers’ ambassador, who shares how he chose to pursue his passion! 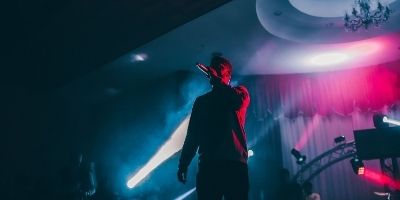 Dreaming of a Career in Music? Here's What You Need to Succeed

Are you dreaming of a career in the music industry? Our Risers’ ambassador and Music DJ shares important tips to becoming a successful music artist.